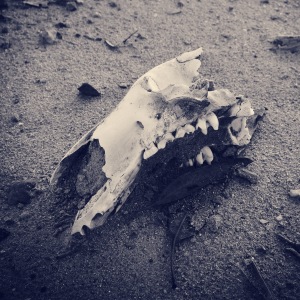 (19) skull of a wallaby–circle of life

I see dead things. Please don’t freak out; I’m not going to make you look at anything gruesome… I hope. It’s not that I go looking for them, I just see things on my walks. It seems to me a privilege to live so close to nature that she shares these with me. Fascinating. I remember seeing an early painting by Édouard Manet in a small gallery in Paris. It depicted a dead rabbit, so clearly I’m not the first person to be captivated by this concept. At the time I wondered about his interest in that subject. Now I understand. There is beauty in it. To paint or photograph or draw carcasses, which many artists do to this day, helps us learn. Of course it helps us learn to draw and paint and compose images, but it also teaches us about the life cycle and that death, of course, is a part of it.

Our wet spell in early January caused growth in vegetation and fauna that has been both interesting, and highly annoying. Birds have gorged themselves on grasshoppers and insects. Mice have been abundant because the seed and grasses have been abundant, and probably the snakes have adjusted accordingly, though thankfully, I have no visual proof of that!

In this ripened, hot part of summer, one shuts the drapes and blinds in an effort to close out the radiant heat and help the air conditioning cope. Even cloistered inside, the white noise of cicada ‘song’ seeps into my subconscious, and puts me on edge. It seems to underscore the heat and somehow makes the days seem even hotter. Cicadas are dropping from the trees now and their carcasses litter the ground, providing banquets for the gazillion, or so, ants.

But it was a true mystery the morning I walked to the back of the golf course and saw three dead galahs in quite demonstrative positions, as if an angry, but very precise, golfer had swung and surprised all three in a single felled swipe!

Another time, years ago, I captured the image below of a dying Galah. It moved me greatly, as it quietly waited for death. I know it was dying because a short while later when I went to check it, it was over on its side and ‘gone’. So dignified.

Dying Galah beside the road. 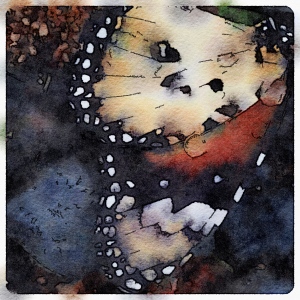 All of the images are taken ‘as found’. I do not ‘arrange’ the scene, only alter my perspective through the lens. After taking these unusual photos, I decided to see if I could make some beautiful compositions from them. It seems to me it elevates the creatures’ ordinary passing to dignified images, perhaps even, immortal ones. What I see is that they show a variety of demises, much the same, but different, as our human endings. They are perhaps not as beautiful as Manet’s painting, but something worth seeing, nevertheless.

Photo of the Week: 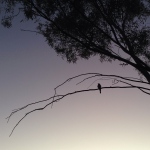 My pick of the week of all the photos I’ve taken is one (below) that will look familiar, but is different. I showed you a very similar one last week (left) that I had taken a couple of weeks ago. There is something so peaceful and simple about it. But a few days ago as, again, I walked up the driveway for my morning saunter, I looked up and behold!! Not only a bird in almost the same place, but that sliver of moon on the wane. So, a photo I had thought was so rare I would never probably see it again, has revisited me, but with the added special touch of a silver sliver, smiling down. The next morning, there was neither a moon or a bird. I had truly captured a special moment in time…with my iPhone!! 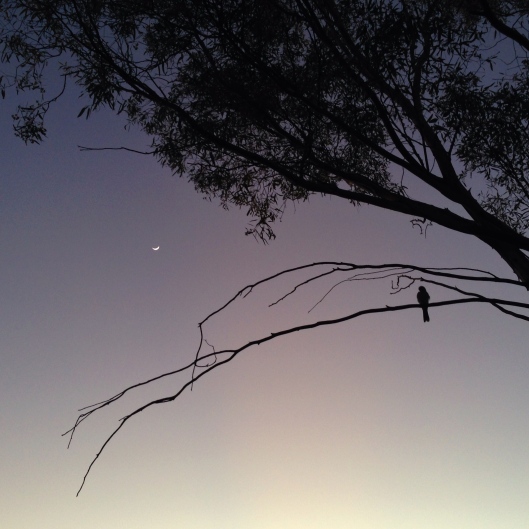