The advertising and promotion for the soon to be released film, Suffragette, got me to thinking…how much of the world still views women in traditional roles. Was I surprised? Unfortunately not. Only this morning I was washing clothes and windows! I understand, stereotypes have their uses, even if some have certainly outlived their original purpose. Did you know that 30% of the farmers in the USA are women? I didn’t, but neither do I doubt for a second a woman’s ability to do that job. Nor do I picture her as a dowdy, bedraggled, sad-sack. After all, I know Celi of the Kitchens Garden blog.

When I was an Art Director, many moons ago, at the age of about 25, I worked in the Creative Services department at a TV station in Cincinnati, Ohio. That, in and of itself, was not a common role yet for women. One day, I received a phone call. On the other end of the ‘line’ (that was how we referred to it in those days) was a man, the art director from another TV station, also in Cincinnati. He had been on TV at the beginning of his career hosting a kiddies show called ‘Uncle Bill’ (name changed to preserve privacy). All the local kiddies watched it and some of us were lucky enough to get to be on the show. Uncle Bill (now deceased) was rather abrupt and not the ‘nice guy’ most thought him to be. I was very young, but these things leave certain impressions. That was mine.

Fast forward from kiddie show 22 years to this 1978 telephone conversation:

Him: Hello, this is Uncle Bill. I’d like to speak to the Art Director.

Me: Yes, my name is Ardys and I am the art director.

Him: Let me speak to a man.

This very brief conversation said a lot about Bill, his personality, and the times. First of all, who refers to themselves by a fictitious former title? Wow. Lol. It turned out, that my boss was who ‘Uncle’ really wanted to talk to anyway, but he hadn’t bothered to get his facts straight, and it still doesn’t excuse his rude reaction. It was not the only time someone used dismissive language targeted because I was a woman, or harassed me as a bullying tactic. I was not a self-aware, assertive woman in those days. I made a lot of mistakes. But I learned. I admire women who are able to speak out about inadequate, and antiquated, policies and attitudes. I sometimes even join their ranks now. 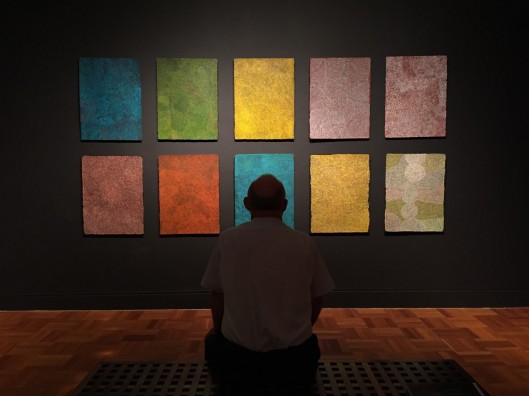 Fortunately, I had enough positive and supportive people as mentors and friends that these experiences informed me rather than embittered me. It seemed important to not give it more energy than was its due. These incidences said more about the perpetrators than about me. Even a naive country girl, like me, realised that. I’m sorry to say, our daughter has already encountered a couple of dinosaurs in her career and I wish it hadn’t been necessary to share my observations with her. But hopefully it helped her through. Sometimes I think we need to experience these misguided individuals and unpleasant situations first hand, to be able to know what is right and what is wrong, and which we want for ourselves.

When people ask me if I watch the TV program Madmen, I tell them; “I lived it, I don’t need to watch it. It wasn’t that glamorous.” Even the lunches at the Playboy Club (I am really cringing as I write this) seem sleazy and unenlightened when I think back. It is not something I celebrate, or about which I mourn the loss. There are memories, both good and bad. When we know better, we do better. I had more amazing male bosses and colleagues in my career, than the bothersome type, and for them I am most thankful. There was an advertising campaign back in the 70’s for Virginia Slims cigarettes; ‘You’ve come a long way baby’. Long enough to be able to kill yourself with cigarettes just like the men, apparently.

We have come a long way, but there is still a way to go. Live, learn and move on, passed the days when men were mad and women didn’t understand their rules.

15 thoughts on “after the Madmen”