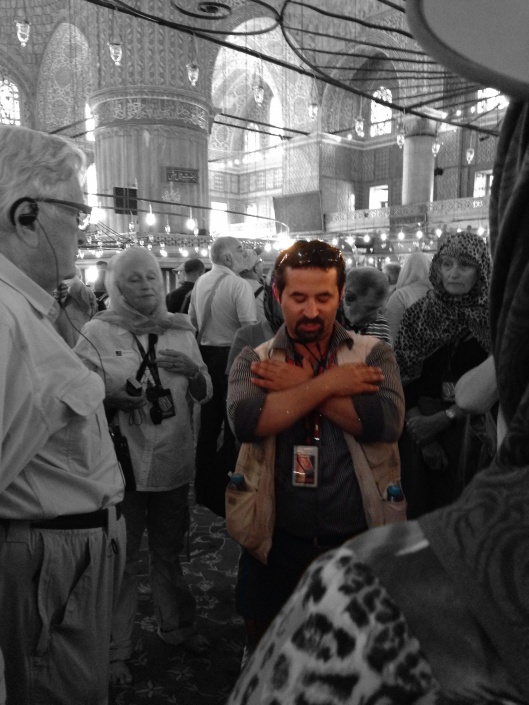 Alone in a crowd

Hasan was our tour guide in Turkey. He was a lovely, open man. He was of Syrian and Arab derivation but born just inside the border of Turkey. I can’t imagine a better tour guide. In fact, he told us more than I could possibly process and remember! Here we are in the Blue Mosque and I have edited this photo to emphasise what he was demonstrating to us. In response to a question, he went through all the motions that a woman would go through when praying in the Mosque. There we stood, among hundreds of people, without our shoes and with our heads covered (women) and were riveted on his demonstration. He even went down on the floor and did the entire sequence of movements. This photo speaks to me of his willingness to share everything he possibly could with us, so that we might understand as much as possible about Turkey.

(*Arabic for Blessing someone, or something that happens)

5 thoughts on “We’re the People – Istanbul”