Reviewing life events is not unusual for anyone who has had a serious illness, or life event. Mine just happened to be breast cancer, but it could have been any number of things. Most of you probably have your own version of this. There is a periodic reconnoiter, that my husband and I have done many times over the 34 years of our marriage. Without reviewing where you’ve been, it’s hard to see if you need to alter your course.

When I did a major rethink, about six years ago, for the most part I was very happy with life. Trepidatiously, I had wondered if I would find some things seriously out of whack. I discovered, blissfully, that much was ‘in whack’. There was some tweaking to be done, but that is always the case, isn’t it?

In subsequent years I closed a few chapters of my life and focussed in on some others. After four years or so the theme of these adjustments became apparent. I had reached the limit of my shit tolerance. And by that I mean I’d had enough of badly behaved people. And by that I mean, people who should know better, treating our relationship with a distinct lack of care. There were only a few of those people, but they were part of my inner circle and they didn’t deserve to be there. They occupied space in my psyche that could have been much better fulfilled by others. None of them will be reading this, or would even recognise themselves if they did.

Did I have a big confrontation? Did I tell them how I saw them? Eventually, I just didn’t feel the need. Any anger I’d had was dissolved. Poof. Ethers. I realised that none of those people meant me, personally, any harm, they just didn’t know better, and didn’t see any reason to change. Me, I’m all about change. It’s how I could move my entire life halfway around the world and start over. It’s one of my superpowers.

I realised I would gain nothing from having a big blow up with those people. Nor would they. Perhaps this was even why they were in my life, to teach me this valuable lesson.

So what did I do? 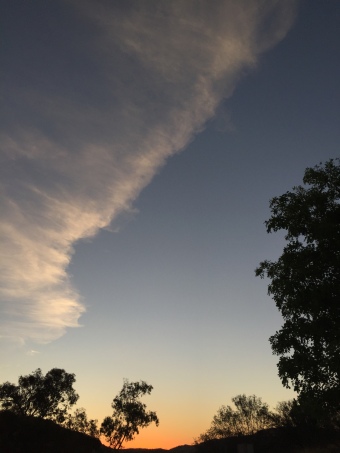 Just as the observation goes, when we ask God for something, and don’t get it, the answer is ‘no’….

I have learned that there are some people with whom I can have a satisfying relationship, and some people who were not built for it.

Many years ago I heard advice (via Oprah, from her mentor and very good friend Maya Angelou)

When people show you who they are, believe them the first time. —Maya Angelou

This wisdom bore a shaft of light straight to the centre of my understanding and has guided me many times since. Another of my superpowers is the ability to almost immediately assimilate wisdom that rings true to me. When someone shows you openness or compassion, believe them. When they show you ego and intolerance, believe that too.

I don’t expect more than is possible from those who have shown me who they are. I’ve learned to identify those people within minutes of meeting them. They are the people who want to tell me what is wrong with everyone else in the world. They are self absorbed. They tell me how I should behave and what I should do, and they never ask me about myself with genuine curiosity. There is ego and judgement…or worse, passive aggression. When I meet people like that, my inner voice says, I will not engage with you on a level that allows you a conduit to give me your shit.

And I say it with love.  And respect. For myself.

A couple of years ago I began saying out loud, in the company of others who know me well, ‘I’m done with badly behaved people’. It might seem unnecessary, or even dramatic to say, but it is my personal emancipation from the quiet tyranny of those who portend a kind and loving relationship and can’t deliver.

Recently in an interview with Oprah, she confirmed it. I knew I liked that woman. She and I are the same age for about five months of the year, currently both 64.

When asked to tell about life in her 60’s, here is what she said…

You take no shit. None. Not a bit. In your 40s you want to say you take no shit, but you still do. In your 60s you take none. There’s both a quickening and a calming—there’s a sense that you don’t have as much time on earth as you once did. For me, there’s also a sense of calming about that. —Oprah

20 thoughts on “sixties and you’re done…”