It seems a month or so ago when I wrote there was change in the wind, I was correct. The change in the wind has not altogether been the weather. True, we have had an extended winter/spring, but the changes were also born from inner need, and a rash decision…

Our weather here in Alice has been like no one local can recall. We have been here 25 years and it is certainly different than we have experienced. When I started writing this, a few days ago the morning temperature was 3C. Yesterday at the same time, it was 20C. In anyone’s book that is quite a variance. The miraculous result of our ongoing winter/early spring weather is that both the domestic gardens and the bush have made huge strides in recovering from last summer’s plague of giant grasshoppers and heat, followed by the early winter hail storm that pretty well finished things off. That Mother Nature, you can’t beat her and you can’t figure her out!

While the outer kingdom has been busily regenerating, my inner dominion has been a little volcanic. I made a couple of habit decisions a month or so ago. I first decided to start meditating again. To do that I needed to modify my morning routine. For approximately the first three hours I am up, starting at about 4.45am, I am doing self-nurturing things. I begin with meditating for however long the urge moves me, sometimes 30 minutes, sometimes as long as 50 minutes. I then go for a 40 minute walk. I don’t time it, but I have two routes and they both take about that long because that is how much my body will tolerate and still have energy left for other activities as the day progresses. 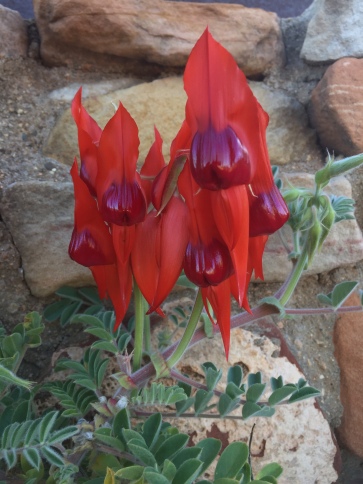 During the walk I have begun listening to podcasts. I have immersed myself into a new world and I am learning. What is the saying? When you know better, you do better. And that means change. Listening to people who are able to articulate their inner and outer journey is valuable to me. It has reminded me to trust my inner voice, which is so sweet and persistent, compared to the ‘self talk’, ego voice which is mostly berating and negative. I now realise I hear them as two different voices and it’s important to differentiate. It takes some getting used to. The self talk must change…starting with, the crisis of writing confidence I have also been wrestling with. I have been reminded that all great artists, a category to which I do not, nor do I care to, belong, have confidence issues most of their lives. I know my writing is improving all the time, and I’m satisfied with that. It is the subject matter I have been a bit worried over. What do I possibly have to say? And then…at about the same time I was writing this post, I had one of those shower-epiphanies–you know, when you are showering and allow your mind to wander and suddenly it bestows upon you a revelation.

‘What if I see my writing as snapshots of the ordinary, but light-filled, similar to my photographs?’ I can happily live with that. Time will tell if others can happily read that! 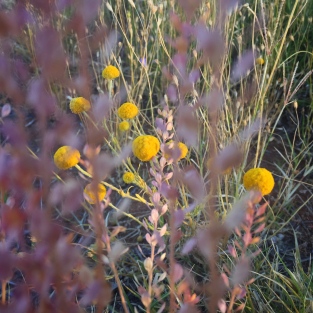 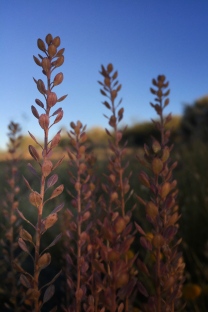 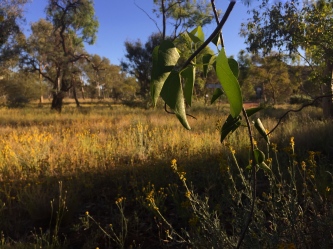 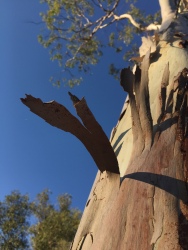 Season for the trees to get their gear off 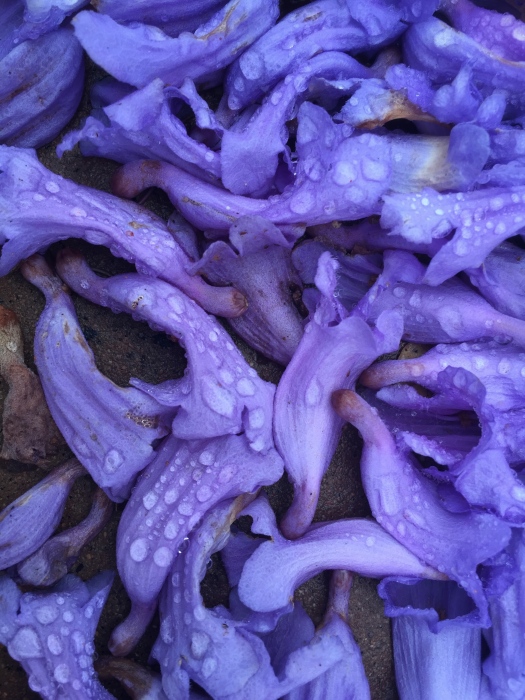 Also part of my new morning routine; I am not writing emails first thing, as I have done previously. I am writing ideas. Some might make it to the blog one day, most won’t. After about an hour of writing I allow myself to check emails and answer them. I have to make exceptions to this practice if there are family things going on with our daughter or with my Mum and close friends/family overseas.

The new routine was going well, though not easily. But that was to be expected. And then… I tried to fix a ‘little’ computer problem that was a result of upgrading my operating system. As these things often do, the ‘fix’ was waaaaay worse than the original problem. I back up everything, always. I knew I would get it all back together eventually, but did not expect it to take 8 days 22 hours and 42 minutes, but who’s counting? Two days into that process, my left arm developed a strange ‘rash’ that I decided must be eczema. I’ve had problems with this in the past, but nothing as nasty as this one, and I’ve always been able to identify what I had eaten that had caused it so that I could avoid the food in future, or eat in limited quantities. This time my efforts were for naught. Finally after a week with no improvement I went to the doctor. He took one look and said ‘If you hadn’t had the Shingles vaccine three years ago, I would say you have Shingles. It is classic looking for that.‘(That’s why he’s the doctor, ahem.) I had a quick flashback to the nurse who administered the vaccine telling my husband and I, ‘The efficacy of this one is only 80%.’ Whether it is hubris or a case of positive thinking, one does not think they will be in the unfortunate 20%. Still, I consider myself very lucky that my experience was not as bad as that of my Grandmother or my Mother-in-law. I’m sure the vaccine* has helped mitigate the more miserable and serious symptoms.

I can now go back to eating normally, having eliminated a whole swag of foods from my diet for the passed week, and the rash should be healed in two-four weeks. 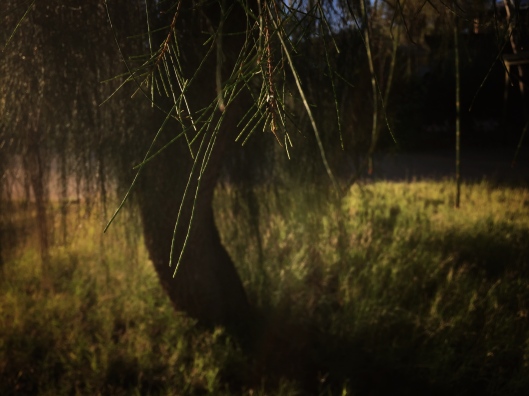 So, my friends, life is never dull. If it is, you aren’t doing it right.

(*If you are over 60, I would recommend getting the Herpes Zoster Vaccine. We had to get a script from our doctor, take it to the chemist who ordered it and then we picked it up and took it to our GP, whose nurse administered it. If you have ever seen anyone with normal to serious Shingles, you would not hesitate to do this. It is a very painful and nasty thing to experience. My own was only minor pain the first few days and lots of itching.)

22 thoughts on “the outer kingdom and inner dominion…”