Windows and openings fascinate me. Have you ever caught yourself watching what goes on, beyond the place you are occupying, only to suddenly realise you might be prying? We are curious creatures. Perhaps, it is the downside of the creation of glass. It lets in the light, but also encourages the wandering eyes of the observant…not to mention cameras.

Occasionally, over the years, I have taken a photo of a scene through a window or opening. But this trip I decided, where possible, to document what I saw as often as I could. Sometimes I didn’t want to invade privacy so I looked but did not photograph. Once I took a photo when the sign said ‘no photos’. Such a rebel. I assumed it was referring to the goods within the woollen mill, not the actual window or beautiful scene framed beyond. Surreptitiously, I tapped.

No woollens were harmed in the making of this photo… 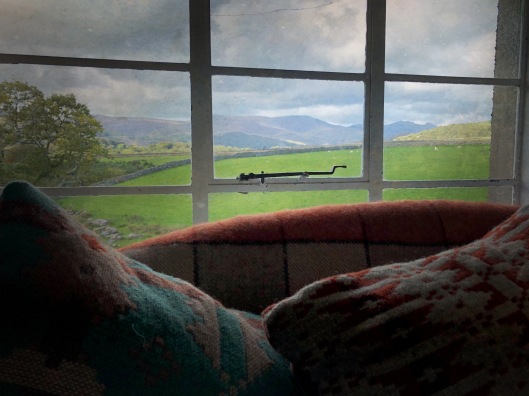 Looking over the collection of images I realise I have captured a layer of reality that may have otherwise only been experienced subliminally. The seen, and almost seen, the imagined, the incomplete and the exquisitely lighted. Ephemeral. To explain them too much would be to deny you, your own imaginative wonderings, so I’ve only included brief titles and categories. Share your thoughts…

Church at Bredwardine, near Hay, Wales 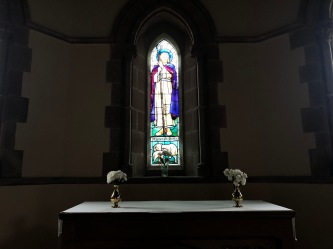 Niagara Falls, Canada side looking at the USA. Mystery couple having lunch. 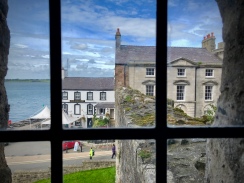 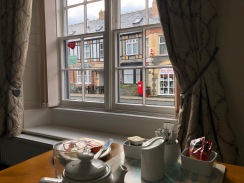 Rhayadar, from breakfast at The Bear B&B, Central Wales 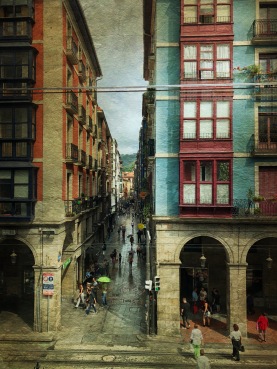 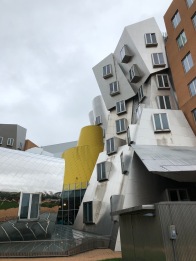 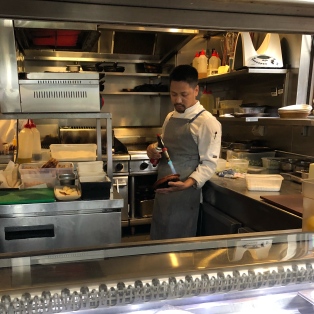 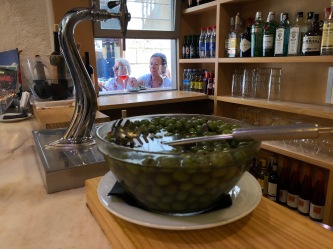 Salted Cod, a specialty of Donostia

View from the pub…

from the pub Rhayadar, Central Wales 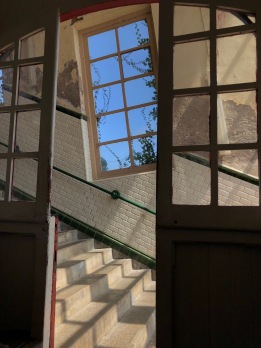 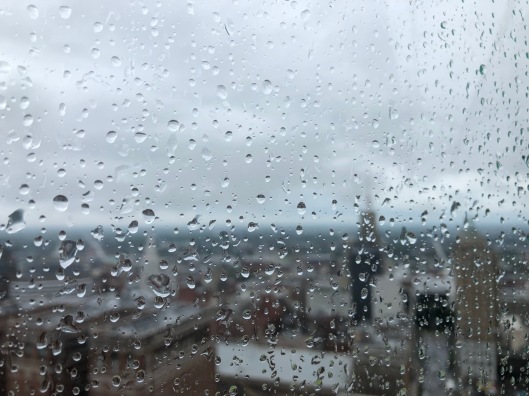