A hundred years ago when Don and I watched Stefano De Pieri‘s cooking show, ‘Gondola on the Murray’, we had no idea that one day we would have a meal with him as the cook! After all, we grew up halfway around the world in a little Midwest town in the USA,  with nothing to indicate these kinds of special experiences awaited.

But the road to true gastronomique does not run smoothly! A couple of months ago when Don made the booking to eat at Stefano’s Mildura, on an upcoming trip we had planned to drive from Adelaide to Broken Hill and Mildura and back to Adealaide, he warned me to have a look at the menu to be sure there was something I could eat. Given my  semi-disabled immune and digestive system, and Stefano’s reputation as an Italian cook (he calls himself a cook, not a chef), there could be problems. But the sample menus seemed to have enough choice that I could skirt the difficult ingredients like wheat and onions, despite them being basic staples of Italian cuisine.

We arrived at Stefano’s precisely at the time we had booked. Approximately twelve other patrons joined us in the damp, narrow basement of the old Grand Hotel in Mildura. First impressions of the damp smell did not bode well, but I am nothing if not open to being impressed when it seems least likely! Must be the optimist in me.

Our waitress explained that the meal was a set menu, based on seasonal local ingredients, and then asked if we had any food allergies or problems. Oh dear. Apparently they had tried to reach us by phone the previous day when we were in Broken Hill, to check on the food allergy issue.  We didn’t get the call. When I told her about the wheat and onions she immediately went to talk to Stefano. We could hear his voice in the kitchen, not yelling, I hasten to add. Back and forth she came several times…could I eat leeks or spring onion or chives? No, no, and no. But I am very vegetable friendly and can eat dairy, meat and eggs. Finally she came back and said not to worry Stefano would make it work!

Except for the soufflé, Don had a completely different meal; the same meal that everyone else around us had. I, alone, had the menu above. Every course was like a perfect piece of art–a focal point accentuated by textures and flavours, with not a piece of onion in sight! To say Stefano made it work is like saying Michelangelo could paint. 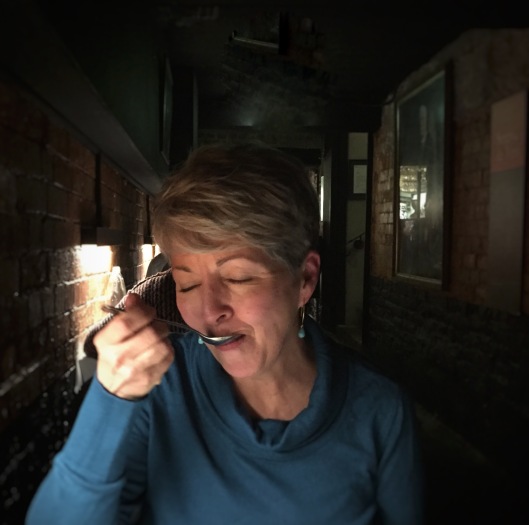 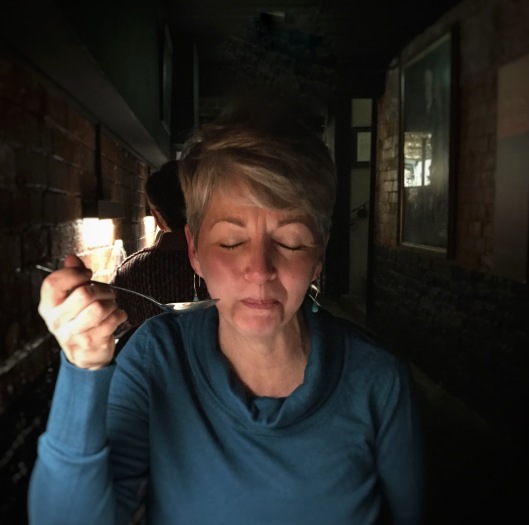 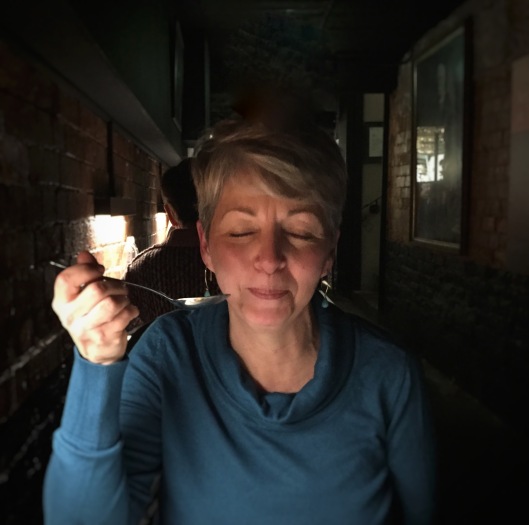 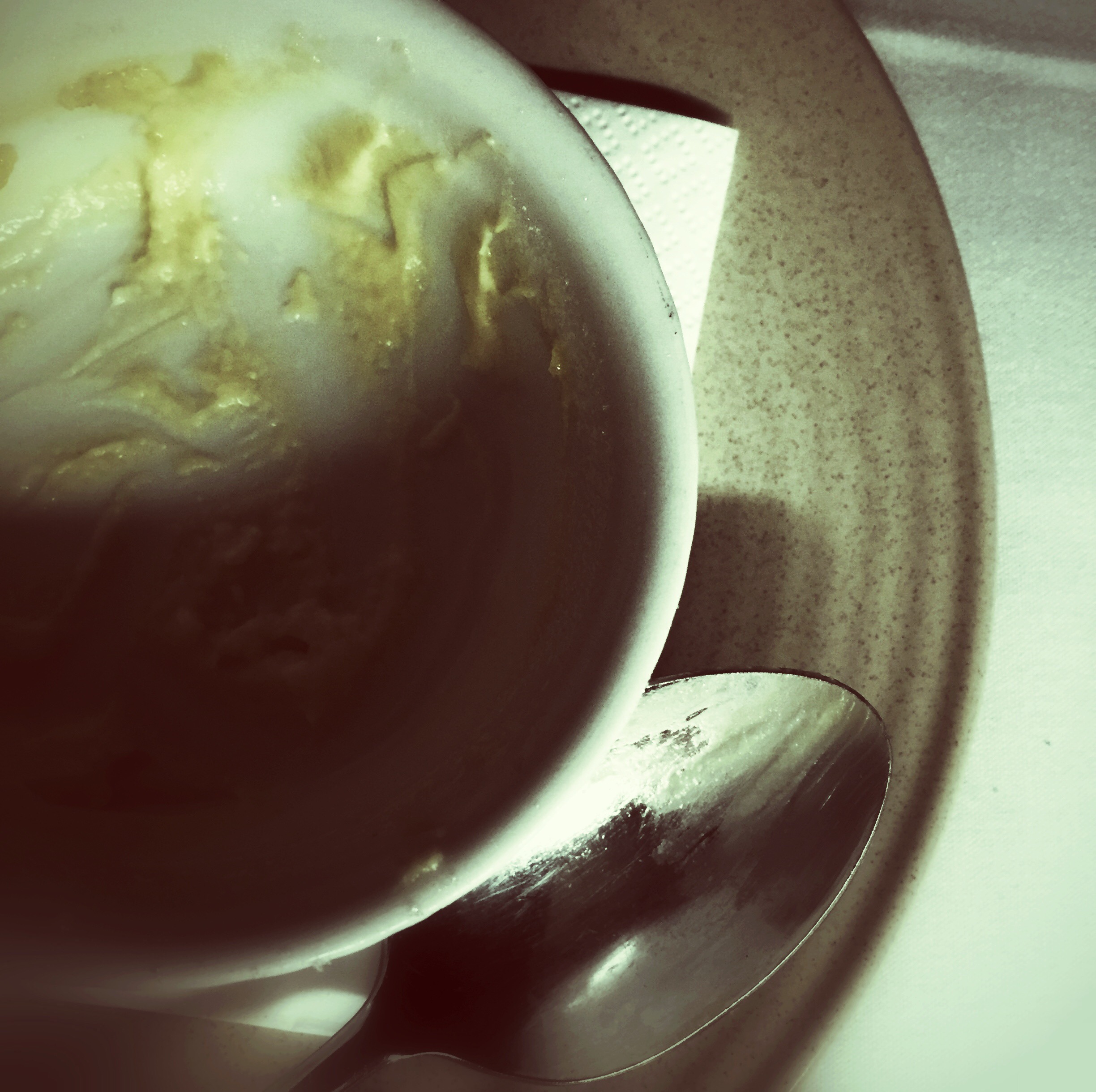 I later learned that someone else is the usual chef at Stefano’s these days. That we had the Man himself was at worst a fluke and at best a gift! Stefano’s cookery style is rustic Italian and the regular chef’s style is more nouveau cuisine. I’m more of a rustic girl. Bravo Stefano!